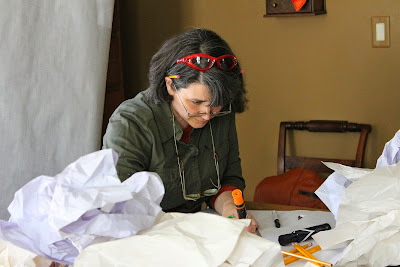 Hello readers! My name is Tessa Smith, the daughter of your favorite Rebekah L. Smith. I would just like you to see the difficult and extremely stressful steps to writing a book. My mother has been working hard all winter and spring to get it done, and I would like you all to see what she has to go through. I must warn you, though, she may not exactly know about these photos, for I took them when I encountered them from afar.
This first photo is of the "Design Phase," or where she starts to get her ideas out for her book projects. The Himalayas of paper you see all around her are the sketches she either didn't like or she hated them (there is a difference). Also to keep herself awake and focused, she used really bright colored markers, because the black was dull and boring. She doesn't want either of those things to be included in the process or the actual book itself. 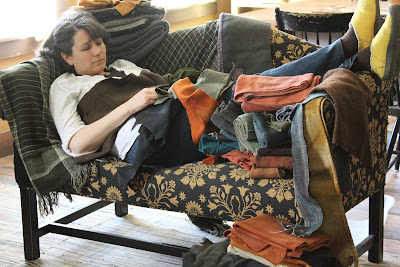 During the next "Wool-Sorting" stage, she was what she called "hard at work." I don't buy it, because I found her sound asleep after sitting there for seven minutes. Yes, I felt bad, but she is the one who stayed up too late coming up with her final design. I think she finally got it. 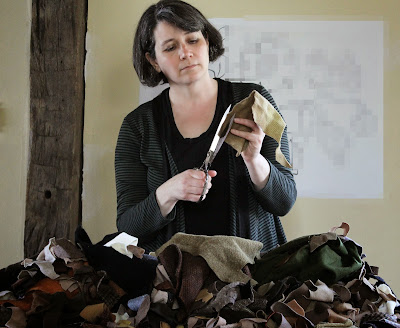 This next step is the "Cutting and Snipping" stage. I was startled by the giant "snippers" (I call them shears) she was wielding in such a drowsy state. I was at the same time impressed she could cut such tiny and fine details into the wool. You can see them in the design behind her. 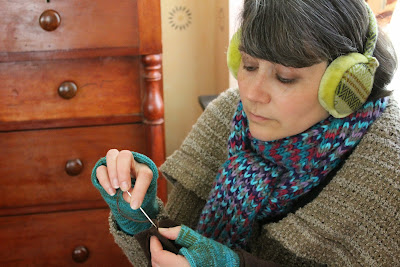 This photo shows the "stitching" step. As you may see by her garments, it was the dead of the winter when she was trying to get this done. After a while, she couldn't feel the small needle in her hand, so she started to have to use bigger and bigger ones. She ended up using a three inch long needle. 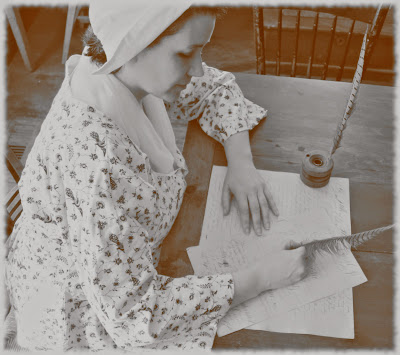 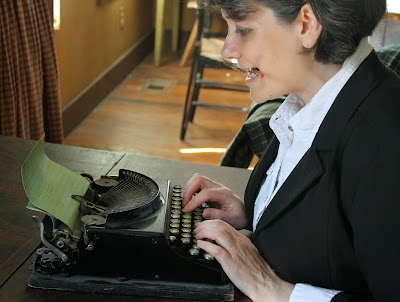 The next step on her journey to being an author in print was the "Writing Stage." Since she was writing a traditional styled book, she decided to wear colonial dressing, in company with a quill and inkwell. After she got a little tired of the fancy script writing and flimsy feather, she time-traveled a hundred years ahead. She liked the idea of the retro style typewriter, which she said was going to be as advanced as she would get in this process of the book. She refused to touch a computer or smart device. Then one night, I woke up to strange noises in the basement. I go down to find her in the dark on her brand new laptop, typing away at the steps for this project in her book. She saw me and quickly closed her laptop and shooed me off to bed. 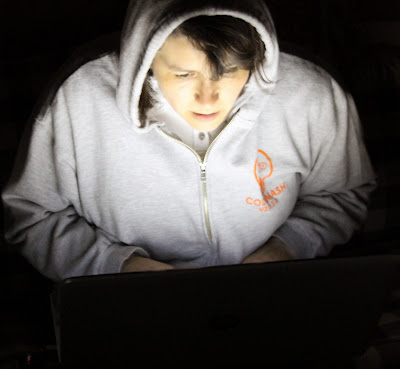 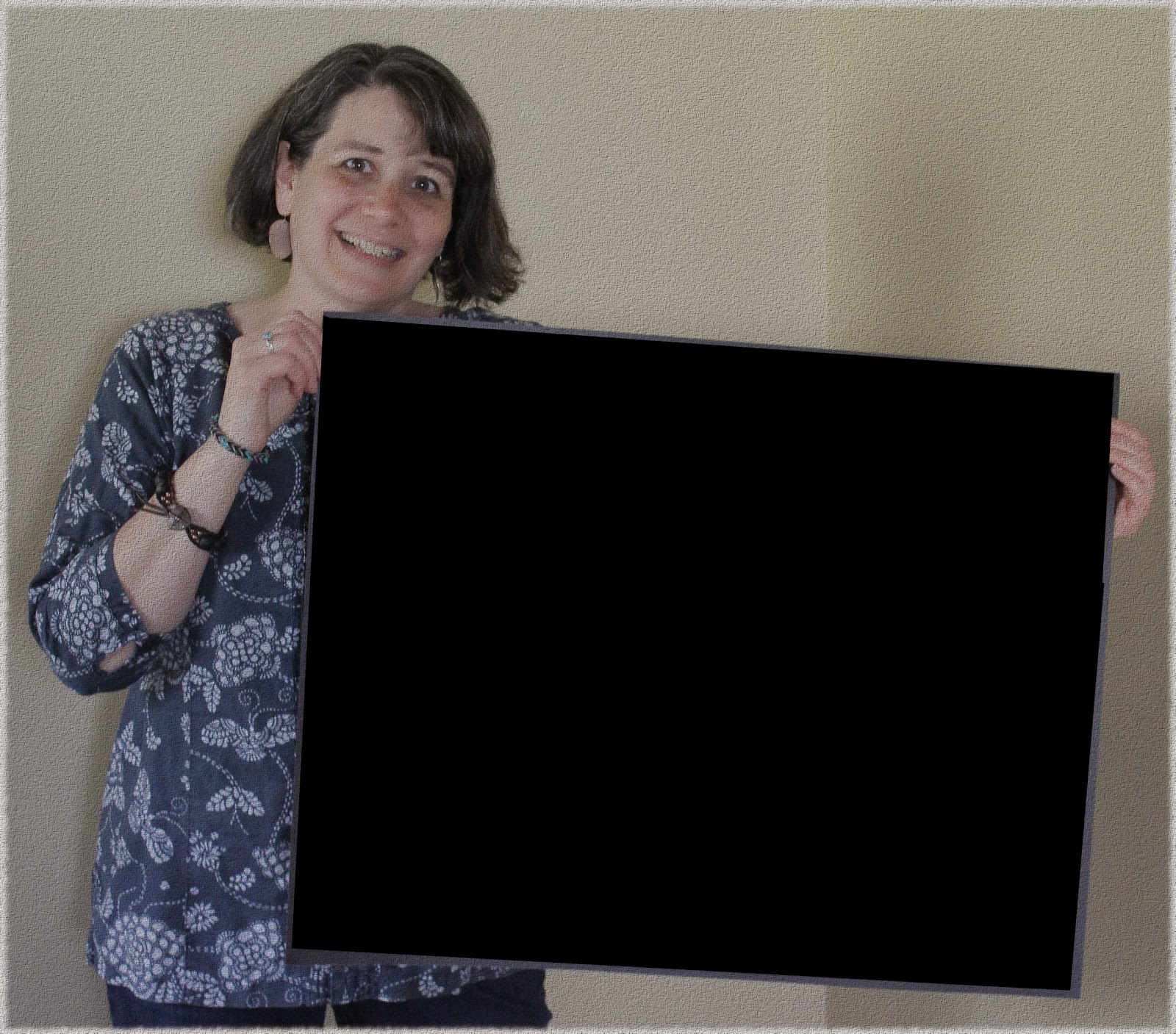 This last picture was not taken by me, but it was intentional. This is her proudly holding up her finished project so my father could take the picture. I am very sorry for the inconvenient blacked-out part. That was her finished project, but she signed a contract, and she can't show it to the public until the book is released. Have a great day and I hoped you enjoyed this post. Signing off, Tessa Smith-13 years old.


Note: She actually does know about this post and approved it. 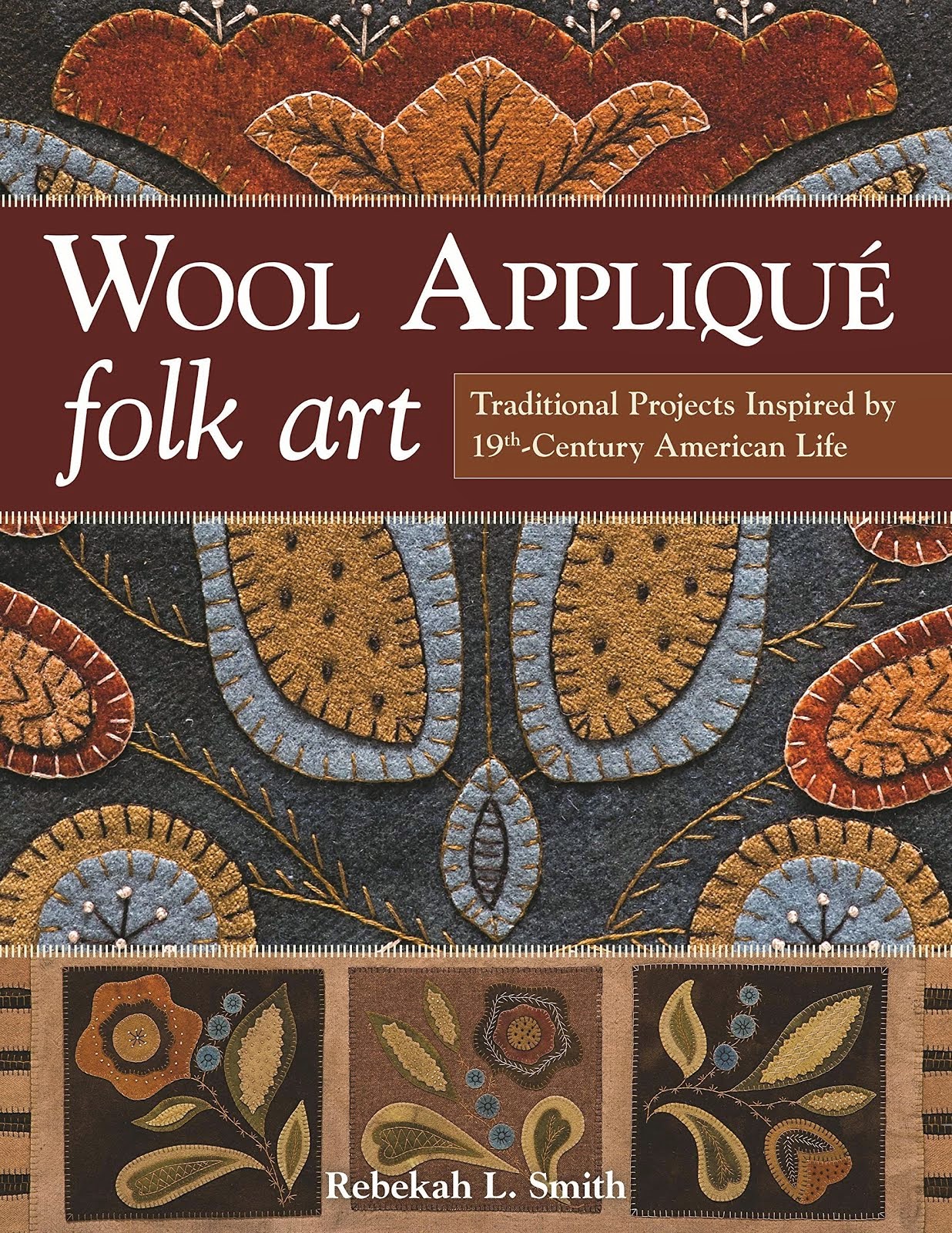 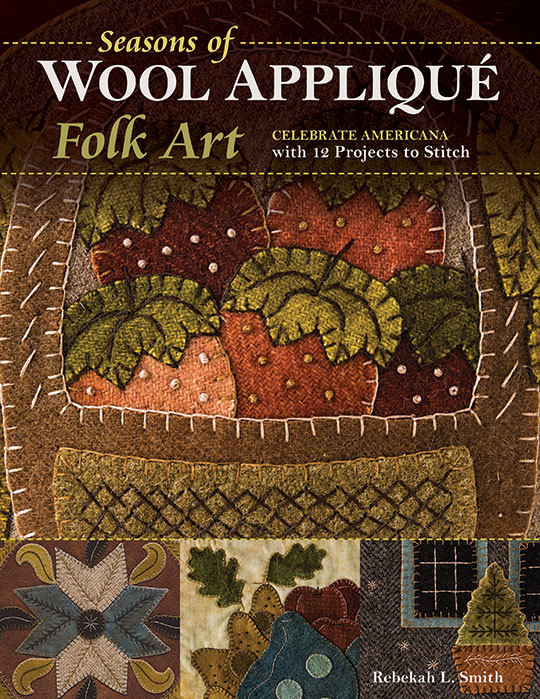